Thoughts on Ukraine and Market Volatility 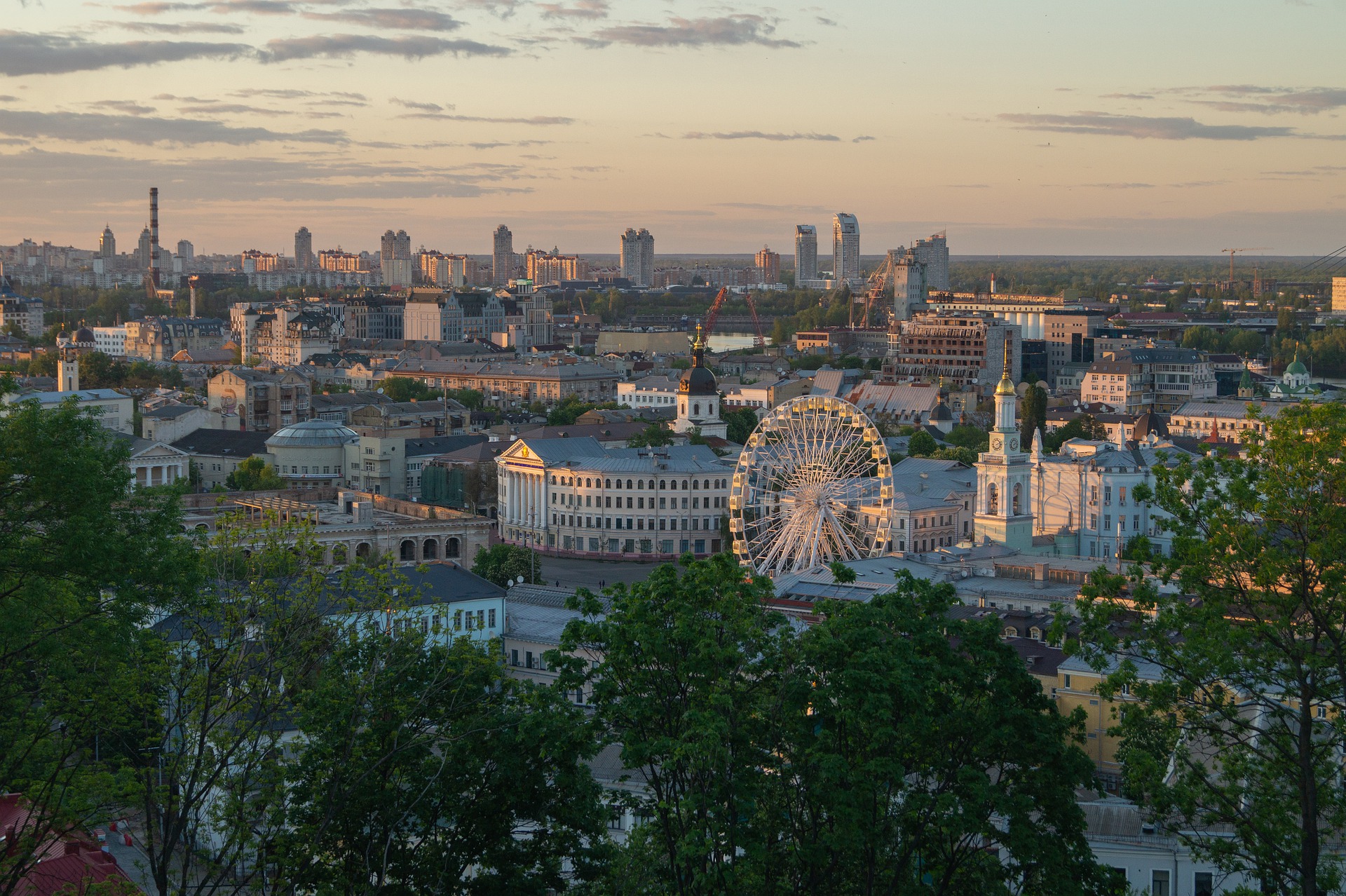 Twelve days ago, Vladimir Putin authorized an invasion of Ukraine resulting in a global and humanitarian crisis. Since that time, NATO countries have responded in a coordinated campaign to sanction Russian industry and individuals to force negotiation around a military de-escalation. Although the range of potential outcomes is quite wide, we do not believe this conflict will escalate to the point where there is NATO military involvement. We certainly hope that view is correct.

The invasion, in theory, is a continuation of Putin’s campaign beginning with the military intervention in the Republic of Georgia in 2008 and annexation of Crimea in 2014 to reconstitute the former Soviet Union which collapsed in 1988-1991. In the case of Georgia and Crimea, Putin was able to accomplish his objectives in a relatively bloodless fashion.

He likewise expected to conquer Ukraine in a matter of days and without much effort, but has since been hammered by Western sanctions, bogged down by a stalwart Ukrainian resistance, and has confronted logistical, leadership and morale issues amongst his troops. His population is also beginning to stage large protests.

Given that Putin has seemingly gotten himself into an unexpected and untenable situation, it is our hope that negotiations continue between Ukraine and Russia and ultimately Putin is provided an offramp to pull out of Ukraine without appearing weak.

How does it affect the management of your portfolio?

Each of our client’s portfolios is unique and constructed based upon long-term cash flow and wealth accumulation objectives. During times of market volatility, those clients requiring liquidity and cash flow from the portfolio will generally have 3-5 years of those needs not exposed to stock market volatility through utilizing portfolio income, bond positions, and other sources of income to fund distribution needs. As shown below, market declines are frequent (even though each circumstance for the decline is unique). We want to prepare for the decline in advance.

For those investors not needing liquidity in that time frame, we view volatile periods, including the current one, as opportunities to add to positions when fear enters the markets. Why? Because historic recoveries have been strong after major market declines. 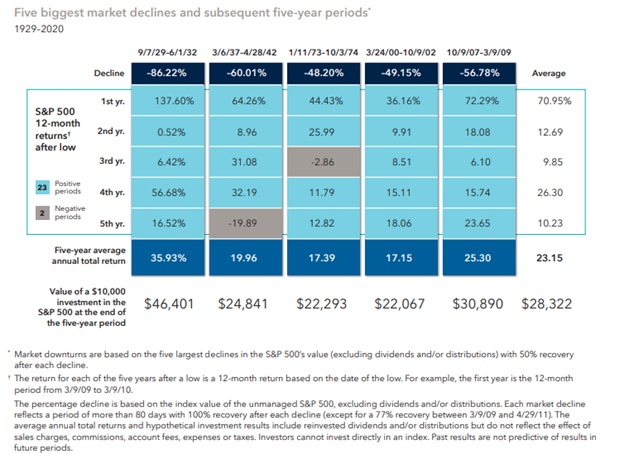 Why do we take this approach during geopolitical events?

From a contextual standpoint, we refer to history and data to guide investment decision making and do not make decisions based upon “what ifs”, as negative emotion generally guides the “what if” mindset. Below is a summary of relevant geopolitical history and investment implications during those periods.

For every major geopolitical event dating back to the oil embargo in 1973, JP Morgan summarizes the market reaction in the below chart. 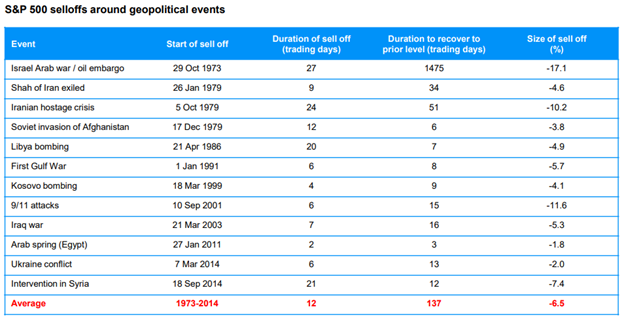 Although we do not believe this will result in a global military conflict (WWIII), author Ben Carlson takes the above chart a step further and summarizes investment results during the worst conflicts in modern history – WWI and WWII for context.

He states, “In the six months following the onset of World War I in 1914, the Dow fell more than 30%. Because the war basically ground the business world to a halt and market liquidity all but dried up, the decision was made to close the stock market that year. This lasted for six months, the longest such period on record. Making up for lost time, the Dow rose more than 88% in 1915 after it reopened, which remains the highest annual return on record for the DJIA. In fact, from the start of the war in 1914 until the war ended in late 1918, the Dow was up more than 43% in total or around 8.7% annually.”

He continues, “World War II had a similarly counterintuitive market outcome. Hitler invaded Poland on September 1, 1939, setting off the war. When the market opened on September 5, the Dow shot almost 10% higher that day. When the attack on the U.S. naval base at Pearl Harbor occurred in early December 1941, stocks opened up the following Monday down 2.9%, but it took just a month to regain those losses. When the allied forces invaded France on D-Day on June 6, 1944, the stock market barely noticed. The Dow rose more than 5% over the ensuing month.

“So, during two of the worst wars in modern history, the U.S. stock market was up a combined 115%.”

Of course, the prior World Wars did not include massive nuclear arsenals, and a nuclear conflict throws all assumptions and historical context to the wind. We view this as a low probability event and are not considering “what if” nuclear conflict in an investment context.

In summary, it is our view that (1) markets will recover from this event, (2) the higher probability is the conflict will be contained to Russia/Ukraine and will not involve NATO military involvement, and (3) a sound investment plan based on a long-term horizon will continue to be successful.

We are always available to talk or meet if you have any questions.