We’re back with weekend reading this week after we conducted an interview with Professor Peter Ricchiuti last week. If you didn’t catch that interview, or the previous interview with Patrick O’Shaughnessy, you can find those links below:

Markets experienced renewed volatility this week, as investors soaked in comments from Federal Reserve Chairman Jay Powell on the state of the economy and the recovery plan. Also, President Trump commented on a potential renewed trade conflict with China over its handling of the pandemic.

As we have suggested previously, market volatility will continue to persist as more data is collected on the virus and resulting economic shutdowns. Most importantly, investors should have a plan and expect variability and volatility as a normal part of life. As always, we’re available for a Zoom meeting at your convenience.

Below is this weekend’s recommended reading:

Why You Should Invest in Stocks (Nick Maggiulli, Of Dollars and Data)

The author does a fantastic job of describing negative and positive expected value. In roulette, for example, the expected value of every bet on either red or black is negative, since 18 out of 38 spaces is red/black (47.4%). The casino knows this, obviously, or the game wouldn’t exist. For every $100 bet on red, the expected value is negative $5.26. Therefore, if the principal concern is to make money, then you would never play such a game.

The author then goes on to describe “a new roulette wheel.” Imagine, instead, if red accounted for 20 out of the 38 spaces (52.6%). Additionally, imagine if the payouts for this game were significantly reduced. So, instead of losing your entire bet if the ball lands on another color, you only lose 1% of the wager. On the flip side, if you land on red and win, you only gain 1% of the wagered amount. In this game, for every $100 bet, the expected value is positive $0.05. Not too exciting….

This is an appropriate follow up article to the one above. This author tells the story of NFL Legend Steve Young. We know of Steve for his accolades. He was twice named NFL MVP, he was Super Bowl XXIX MVP, and he was elected into the NFL Hall of Fame. However, his life is riddled with adversity.

Steve was lightly recruited out of high school, was the 8th string quarterback as a Freshman at BYU, and Joe Montana’s backup for 4 years with the 49ers. During each stage, there were times when he could have easily thrown in the towel and given up the sport. As the author states, the journey doesn’t always look like the destination – in sports, life, and investing. As it related to investing, the author states the following

Stocks average about 10% a year over time.  That’s what we hear, and that’s what the Growth of $1 charts since 1926 shows us.  But that’s rarely what we get.  The chart below looks at the annual returns for the S&P 500 as far back as we have data.  How many individual years did stocks come within 2% of the 10% long-term average?  Just six times in 94 years!  Gains were as high as +54% and as low as -43%. 25 out of 94 years were negative.  You spend a fair amount of time as an investor feeling like the eighth-string quarterback on a football team.  But that’s part of the journey.  The destination isn’t possible without hardship.

Investing takes grit and perseverance in the face of adversity. The “long-term” is made up of multiple “short-terms.” It’s easy on a spreadsheet to be a long-term investor; it’s harder in practice to maintain discipline and focus on established goals during a short-term crisis. We are here to help maintain that discipline.

The Stock Market Is Not the Economy (John Rekenthaler, Morningstar)

Another reminder that the economy and the stock market should be viewed differently. The author shares a personal story, in which he was a graduate in 1982 during a a period in which unemployment was rising to its highest level since the Great Depression, dubbed the “Reagan Recession.” Yet, in 1982, the stock market finished the year up 21.6%.

This may come to a surprise, but researchers later found that the GDP per capita growth and stock market performance are negatively correlated. It’s impossible to predict the short-term movements of the equity markets, and following economic data has not been a successful forecasting tool. This continues to reinforce the message of establishing a long-term plan. We generally recommend maintaining an equity investment horizon of a minimum of 3-5 years and setting aside any cash flow needs during that time period in fixed income reserves.

We hope everyone has a happy and safe weekend. Please give us a call if you have any questions.

This newsletter contains general information that may not be suitable for everyone. The information contained herein should not be construed as personalized investment advice. Past performance is no guarantee of future results. There is no guarantee that the views and opinions expressed in this newsletter will come to pass. Investing in the stock market involves gains and losses and may not be suitable for all investors. Information presented herein is subject to change without notice and should not be considered as a solicitation to buy or sell any security. 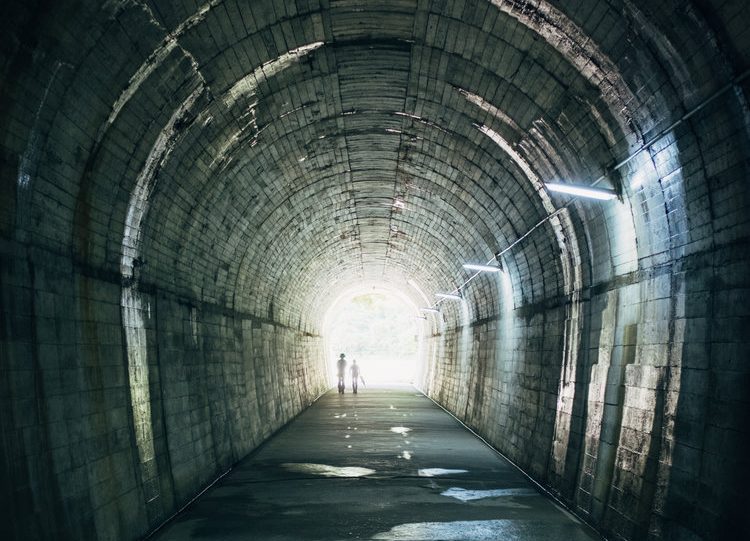 Light at the End of the Tunnel
Financial Planning
Read More